Staying Ahead In The Investment Game 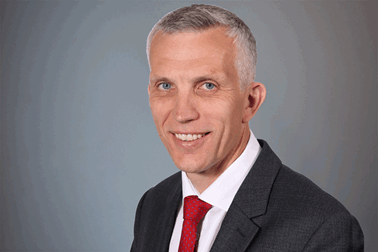 Staying Ahead In The Investment Game

My mother used to say to me "a stitch in time saves nine". As a child who grew up in the war and rationing, she was the product of her formative years. In the 1970s and 80s I would see her darning my father's socks in the evening, something I doubt many households do today as the price of clothing and the expectation of durability has waned in the decades since. My father ran an industrial clothing firm, John Peck Ltd, on Edge Lane in Liverpool; it had hundreds of employees and was renowned as a high-quality supplier to a wide range of customers throughout the public and private sectors, they even held a Royal Warrant as a supplier to the Royal Households.

The firm closed down in 1981 and the site where the factory existed became a retail park. As always, there was no single cause for the failure; however high up on the list were inflation, high energy costs and the emergence of cheap (but low quality) imports; predominantly from Hong Kong and Taiwan. I suppose it the was the beginnings of the "throw away" generations as my father called it. This was of course before "sustainability" was a thing. We are all influenced heavily by what we experienced in childhood - the knocks leave their marks.

For me it was growing up under the self-imposed austerity of our household when my father lost his job. A cold house meant you put a jumper on, meals where nothing went to waste, clothes that had been worn by my cousins and even my brother (17 years older than me). "Cry me a river" you may say, as millions had it worse than us. That fear of inflation stuck with me, it always bemused me when people thought it had gone for good. When I applied for my first job as a graduate trainee in 1996, I had to write an essay answering the question, "Is Inflation Dead?". The answer was "no" of course, it was just dormant, but little did I appreciate it had actually gone into long term hibernation. The forces that kept it down for so long were powerful and long running.

Unfortunately, just like a bear awaking from its winter hibernation, inflation has now emerged, and it has a ravenous appetite. Central bankers have been afraid to pick up their darning thread in time and are now confronted with an enormous job. Just like pilots, who should always be mentally five minutes ahead of the aircraft, central authorities should have stayed ahead of the game. They are now scrambling around the cockpit trying to get their charts out and plot a new a course, in the meantime telling their passengers to behave themselves and not ask for pay-rises to even match inflation.

We are in for a bumpy ride as policies and markets readjust to what is a likely to be a longer period of higher energy costs than people initially thought. It can be argued that energy has been mis-priced for years anyway, as the long-term financial costs of carbon intensive energy was ignored.

It is for that reason we at Momentum Asset Management have been seeking to participate in the energy transition story with investments in renewable power generation, storage and distribution. For in a world where there are many casualties of a 1970s style energy crisis, they are some of the few beneficiaries.

A note about Richard

Richard is a Fellow of the CISI and was a founder of Seneca IM in 2002. He previously worked as a UK equity analyst at Merseyside Pension Fund and started his career at Neilson Cobbold.

Richard holds a commercial pilot’s license and is a qualified instructor. He competes in triathlons and enjoys time with his family.