Could you afford to retire today?

If you answered “Yes” to the above question then we congratulate you - you have either worked and saved hard, invested intelligently or been very fortunate to have received financial assistance. If you answered “No” you should seriously review your circumstances and continue reading.

Ensuring that your retirement will be financially comfortable requires both an income goal and a strategy to achieve it.

Far too often many people believe retirement is a far away destination and that planning for that time can be postponed until ’tomorrow”. This is especially true for younger clients and those starting out in new careers.

The sad truth however is that with each passing month, the ability to reach any given retirement income goal becomes increasingly more costly, pension goals will require a higher funding level for the remainder of your working life if postponed.

Recent surveys now document that retired “Baby Boomers” (individuals born in the years following the Second World War) are suffering bankruptcies in skyrocketing numbers. Although complex, these reports illustrate the simple fact that retirees do not have sufficient funds or income available. 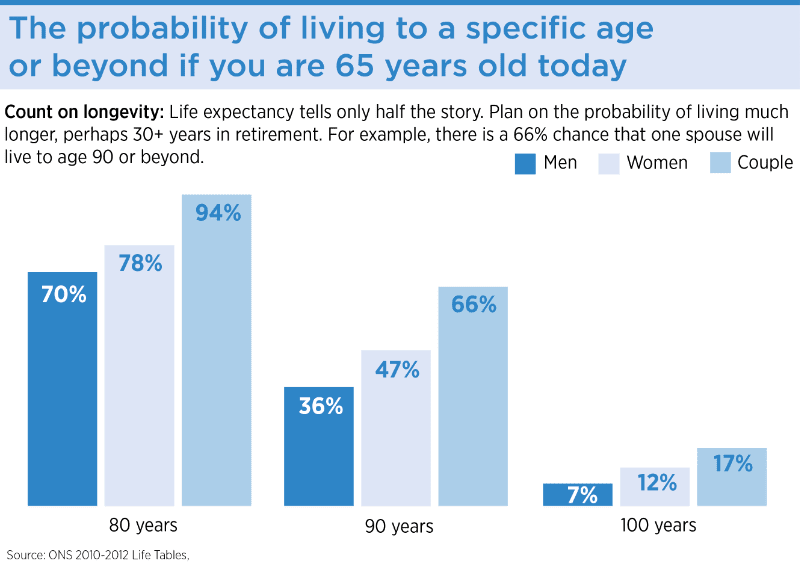 If the elderly bankruptcy numbers were not sufficient evidence to illustrate the looming pension income problems for those in their twenty's, thirties, forties and even fifties we also learn that the vast majority of us are now living longer.

This chart illustrates the probability of living to a specific age or beyond if you are currently aged 65.

Politics aside, Governments across the globe are continually reducing state and social benefits at every opportunity, the burden therefore to create personal retirement income streams is increasingly falling on the individual.

Group and company pension scheme arrangements do not fare much better, they too are under enormous stress.

Should these trends continue, pension outcomes for those relying on such schemes may well fall short of what is expected today. 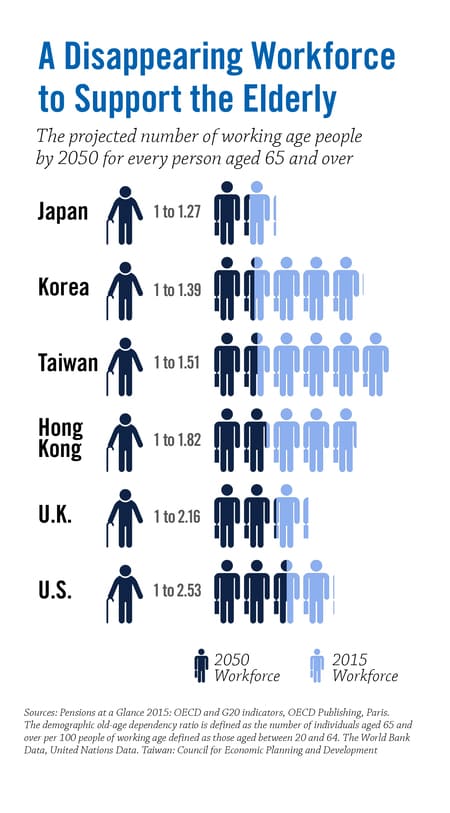 How many pay days do you have left?

All too often we get wrapped up in our busy work and private lives and forget to realise how quickly time passes by. The number working days become less and less as we move forward, moving ever closer to our days in retirement.

When looked at in this context you will come to understand that early planning action is essential if creating a liveable income when your working life comes to an end is important to you.

Simply fill out your details below with any message or questions and we will be back in touch to start your planning
Thank you! Your submission was successfully sent :-)×
Opps! Some went wrong... Your submission did not go through :-(×
×
Site TitleSite Slogan