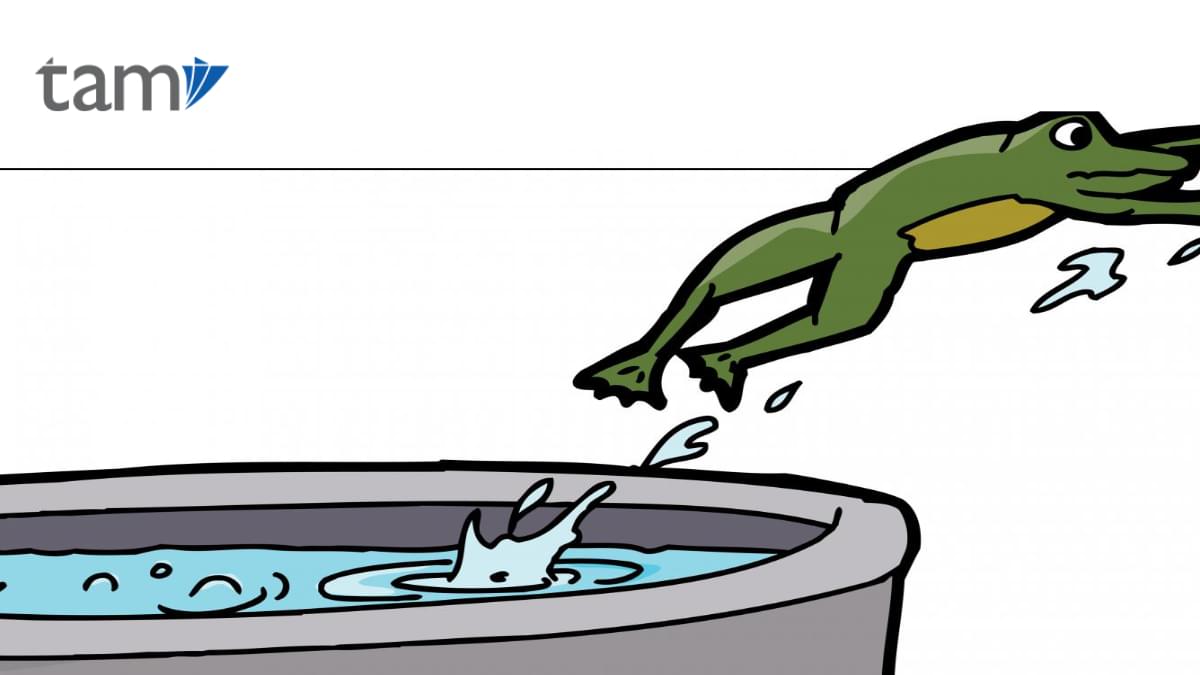 Is there life in the old frog yet?

Well, we know predicting recessions is not an easy game. Indeed, one of the IMF’s chief macroeconomists, Prakash Loungani, recently observed that, over history, economists had consistently failed to predict 148 of the last 150 global recessions.

If anything, the game of forecasting is getting harder, as any future recession will come off the back of central banks pumping $12 trillion into capital markets and setting interest rates to the lowest levels in history.

So, given that, let’s not fall into the trap of trying to predict the next stock market crash.

Let us instead use recent history as a tool.

The February sell-off has given us some valuable insights into what the real sell-off is going to look like when it does come around. The biggest take away from the sell-off was witnessing the world’s biggest exchange traded fund recording outflows of $23.6 billion in five days last week.

The rapid exit of capital

This rapid exit of invested capital should serve as the proverbial canary in the mine to investors wanting an idea of just how bad things could get if this $4 trillion, $12,000 a second ETF market decides to start really hitting the sell button.

The other key concern is, that, whilst the market appears to have got off relatively lightly in terms of the actual severity of the sell off at this point, the rationale behind the lurch lower should send shivers down our spines. It’s sentiment, plain and simple.

Since 2008, the global economy has lamented the absence of growth, wage and core inflation. Now the global economy gets its wish, and capital markets take a correction in the order of 8% because it’s too much, too soon. Be careful what you wish for?

The crowning example of a market which has clearly gotten over its own skis came when US inflation - which may we remind you was at the core of why markets sold off - beat expectations, which essentially cemented the markets current fear that inflation will run away.

Instead of selling off further, the US equity market did an about turn and rallied a full percentage point!

Why are we alluding to this? It highlights once more, the inconsistency of what’s driving herd mentality in today’s market.

Now, that observation on its own is nothing to write home about.

However, when you combine it with inflated asset prices and markets at record highs (all be it slightly less high after February), it makes for a highly combustible backdrop to markets as the global economy enters into what it believes is going to be the best year for global growth in over a decade!

To sum up the jitters, markets appear to be worried that central banks could be about to shut the global growth party down.

Having said that, whilst the downside to these markets is undoubtedly combustible in the worst of scenarios, it doesn’t necessarily mean we are imminently about to capitulate.

As long as the central bankers 'club' does not choke off growth with interest rate hikes in blind pursuit of capping inflation at 2-3%, then rest assured the February setback was just that - a setback.

An extraordinary period of fiscal suppression

In the US, consumer confidence is at a 14-year high, US unemployment is at a 40-year low and wage inflation is on the rise.

Emerging market and developed market GDP growth has, for the first time in over 10 years, uniformly turned positive.

The world is finally moving out of this extraordinary period of fiscal suppression and we fully anticipate seeing markets moving positively for at least the next year or so.

The task is finding out where the pockets of positivity are going to manifest themselves. What did well for us in 2017 may not be the case in 2018.

Perspective is required - rising interest rates are not really rising, they are normalising.

Inflation is modest even at 3% and again, normalising.

With both in some form of retracement to the mean we expect to see the resurgence of asset classes that benefit from rising inflation and late cycle growth surges.

These sectors over the past decade have been waiting for the winds to change.

In short, this is a market which is changing shape, and one in which the active managers can pick through the market emotions and turbulence to find the bargains which look set to thrive.

If anything, we are seeing the 'new' return to normalisation.

Put a 'frog in hot water'

Markets are still heating up and for many may be considered “frothy” and perceivably, more volatility could follow this year as inflation and interest rate policy dance around one another.

Looking at the fundamentals we don’t think it’s time for TAM to disinvest and indeed you will notice that we did slightly increase our equity weightings in the sell-off.

We have all heard the fable about the boiling frog – put a frog in hot water and it will jump right out, put a frog in cold water and heat it up gradually and your frog will be cooked to death, totally unaware of the danger steadily rising around it.

In this sell off, and numerous before it, many managers did absolutely nothing.

The fable is an age-old adage that alludes to the human inability to react to danger.

There is one small difference between us and the frog.

We, as investors, know the water has steadily been heating up for over a decade.

So, do we get out of the pan, or, like the frog, do we ignore the warnings and cook ourselves to death?

If you can live with just a little more heat we feel there are rewards to be had and whilst normalisation of interest rates, inflation and even volatility will cause the odd period of concern, there is life in the old frog yet.