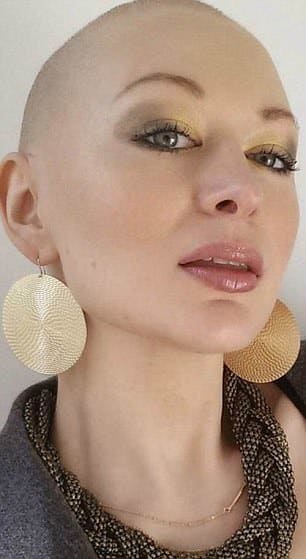 Cancer sufferer battles bosses for not working during treatment.

Eimear Coghlan, 34, was made to work in a 'hostile and offensive' environment by her boss Poonam Dhawan-Leach after the pair clashed over her missing work.Miss Coghlan was a PA and office manager for Mrs Leach at The Hideaways Club (UK) Ltd, a luxury property investment firm based in Kensington, west London.

She was awarded compensation by a judge at an employment tribunal, after it was ruled she been victim of 'plainly unfavourable treatment'.

The tribunal was told that Ms Coghlan, from County Cork in Ireland, was initially treated with 'sympathy and concern' by her employers.

However, the arrangement soon turned sour, causing her to quit her job amid a bitter row.

Ms Coghlan enjoyed a 'close and amicable' relationship until after MsCoghlan's diagnosis in December of the following year, it was heard.

Email correspondence showed Mrs Leach initially reacted 'sympathetically and with natural concern' towards her employee, and discussed arrangements so she could continue working around her treatment.

But the tribunal heard the relationship became 'frayed' by February 2015 and Mrs Leach contacted the firm's HR consultants for advice.

She alleged Ms Coghlan had 'not done a single day's work' in the past three months and said the situation was not sustainable.

Mrs Leach claimed this was because it was not possible for her to do any work until her treatment was complete.

Over the next two months relations worsened as Ms Coghlan's flexible working arrangements, including a concession that she could work from home if she felt unwell and being allowed to have her desk in another office, were ended.

An 'inflexible' arrangement was made that she would have to take sick leave - on reduced pay - for at least half a day if she had a medical appointment.

She was also asked to provide letters from her doctors to prove she was fit to work.

The tribunal heard that Mrs Leach was 'suspicious' when Ms Coghlan handed them over herself, rather than having them sent directly from the hospital.

The chief executive sent an email to the HR consultants saying she was not willing to be in a position where she had compromised everything 'just so I can be kind and sensitive to one individual who is very unfortunately going through an extremely difficult personal health situation'.

One colleague told the tribunal Mrs Leach's criticism of Ms Coghlan at the end of a meeting was 'hostile, spiteful and aggressive'.

In a note to herself between incidents, Ms Coghlan wrote: 'I just want to work, why won't they simply let me work?

'I'm feeling so discriminated against, it is difficult to put into words how I feel.

'I'm completely aghast they are treating me like this. It is a campaign against me, making everything as difficult for me as possible.'

Matters came to a head in April, three days before Ms Coghlan was due to undergo major surgery, when Mrs Leach sent her an email.

In it, the chief executive said Ms Coghlan had refused to take sick leave and had therefore been treated as normal, but was 'unfit to work'.

Ms Coghlan was 'shocked' and left the office 'sobbing and shaking', before going to see her GP.

She was signed off with stress, said she 'could not face' going back and eventually resigned in September 2015.

The Hideaways Club contested all of Ms Coghlan's claims and their lawyers argued that many of the decisions taken were made out of concern for her.

Judge David Pearl described Mrs Leach as 'something of a stickler' for office procedures.

Dismissing some of Ms Coghlan's claims, he said that much of what happened arose from her manager's high standards and was not discriminatory.

He said: 'Mrs Leach has struck us as an unusually 'hands on' manager, who has always closely directed, monitored and supervised Ms Coghlan in her work.

'She is also, as we have found, a very demanding manager who has exacting and well-defined standards.'

This was unwanted conduct related to her disability and it had the effect of creating a hostile, humiliating and offensive environment for her. Judge David Pearl However the judge concluded that Mrs Leach 'went too far' in her treatment of Ms Coghlan.

Judge Pearl said requests from Ms Coghlan for medical letters 'violated her dignity' and that making her take half a day's sick leave for an appointment was 'irrational'.

He added: 'This was unwanted conduct related to her disability and it had the effect of creating a hostile, humiliating and offensive environment for her.'

He said the decisions to end her flexible arrangements and to make her take sick leave were 'plainly unfavourable treatment', despite Mrs Leach's insistence it was done for Ms Coghlan's 'own good'.

He concluded: 'The argument based upon the safety of the claimant is particularly unconvincing.

'It was not necessary for her to relax before an appointment.

'It was never said by either her or any doctor that she required time to recover from these appointments which did not involve chemotherapy or any invasive treatment.

'Mrs Leach fastening on to these factors at the time, and also in her evidence, is an aspect of the case that we have found especially unconvincing.

'The more straightforward explanation is that she was not prepared to yield about this because she wished to maintain her right to manage and to give instructions to her assistant; and she wanted those instructions to be obeyed.'

As this case clearly demonstrates financial worries and concerns - or rather the lack of financial resource - was 'centre stage' for Eimear Coghlan.

Critical illness insurance protection is specifically designed to remove these financial burdens in order that treatment can progress without fear and worry of losing a job or having severely impaired income.

Get in touch if you would like to discuss effecting cover