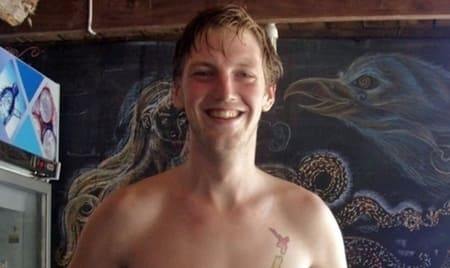 In January 2016 Owen Auskerry - a 24 year old - from Scotland tragically suffered a brain aneurysm (a burst blood vessel) whilst in Thailand.

At the time of the incident Owen was flown from Nakhon Si Thammarat , some 380km , to a private hospital in Bangkok after a series of seizures.

Owen underwent a 3 1/2 hour brain surgery whilst his parents made arrangements to fly to the Thai capital to be by his side.

The medical costs rose steeply very quickly and concerns over his long-term care forced his family to turn to crowdfunding website GoFundMe for help.

It was further reported at the time that "The cost of his medical treatment in Thailand and the financial implications of his parents going out there to help look after him, as well to bring him home have been and will continue to be considerable".

And now, for the first time since the 24-year-old arrived home, he and his mother Teresa Probert have spoken to the Press and Journal about his terrifying ordeal.

Ms Probert said the family was “delighted” to have him home and said he was making a speedy recovery.

She also praised the generosity of those who donated more than £29,000 to help with the cost of ongoing therapy and care, as well as enabling the family to look after him.

The money went towards the costs of medical bills and the flight back home.

Mr Auskerry’s speech, as well as his reading and writing skills, have been affected by the aneurysm and his rehabilitation is expected to last from anything between a month and a year.

But yesterday, he managed to say: “I am completely blown away by the support of all my friends who have donated and messaged me both in Thailand, Edinburgh and Orkney. Thank you for being so brilliant.”

She wasted no time in calling an ambulance, and when he arrived at hospital the doctors discovered a blood vessel in his brain had burst.

Ms Probert said: “He has been incredibly lucky that he had friends with him in the first 48 hours.

If Janjira and his friend Kyle had not been with him when he had the seizure I don’t think he would be alive today.

“When the pressure builds on the brain you want to push against everything and he was desperately trying to pull everything out when he was in hospital. His friends stopped him pulling everything out, and his oxygen as well. His lung collapsed and he had pneumonia in his lung and without them I don’t know how it would have turned out.”

“Owen is delighted about being home,” she added. “He does not remember anything about the bleeding itself or at least a week afterwards. The realisation of what’s happening and what the impact will be on his life has sunk in over the last few days.

“His speech is affected but it’s getting better every day. It will carry on improving and we are going to help him through rehabilitation. We are waiting to get a specialist neurologist here.”

As well as working as a teacher, Mr Auskerry has also spent his time in Thailand DJ’ing under the pseudonym MetraGnome.

He had planned to return to Scotland in March to pursue Djing work in Edinburgh – which he still hopes to do in time.

The costs of medical emergencies as this story illustrates, can become enormous very quickly - dont leave your health or finances at risk - ensure you are covered by adequate travel insurance or full expat medical insurance if you are an overseas resident.