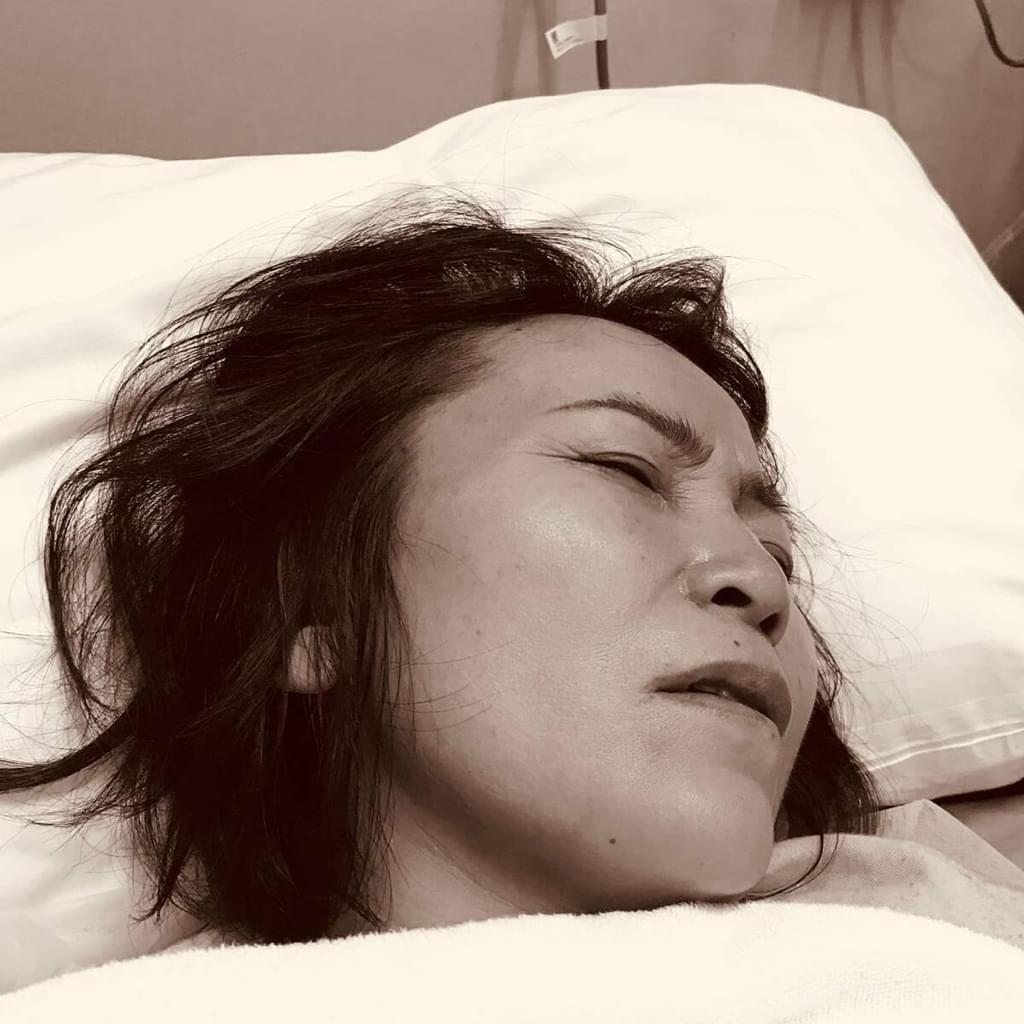 The Power Of Expat Medical Insurance To Save Life

Those that know me recognise that I am a private individual that rarely releases personal information into the social domain.

However, due to TWO recent and separate events I feel compelled to share and highlight details to illustrate the power that medical insurance has IN SAVING LIFE.

It is imperative that you appreciate and understand that when being admitted to a private hospital in a foreign country three questions will be paramount and asked of you by the hospital administrators:


A number of individuals I come into contact with will very often state that their home country’s medical system will cover overseas hospitalisation costs - the fact is however that those same questions listed above will ALWAYS be asked IRRESPECTIVE of your home country - private hospitals have no interest in foreign governmental schemes - cash is very much King when it comes to an emergency hospital admission.

As an advocate of expat medical insurance cover from the very first days of becoming an expatriate back in the 1990’s, both I and my family subscribed to expat medical / hospitalisation insurance cover, knowing and believing that at any given moment huge hospitalization costs can seriously upend ones financial resources.

Expat medical insurance cover is not an insignificant cost to the household budget, but as you will soon learn it has proved to be a cost that has not only preserved personal financial resource it has also SAVED LIFE.

At the end of 2017 I had returned home from an overseas scuba diving trip and awaited the arrival of my wife who herself had been ‘up-country’ visiting family.

Initially all was well and we both exchanged stories of our respective trips.

The following morning, having had breakfast, I turned to my wife to ask a question.

I was stunned and shocked by her response.

What I heard being articulated by her was complete and utter gibberish - she had lost the ability of coherent speech!! nothing she said made any sense.

As I looked on in amazement, I could see and sense that she knew all too well that her speech was a complete and jumbled mess. Her appearance confirmed also that she was extremely distressed and appeared terrified at what was happening.

Fortunately I recognised that we were in the midst of a very serious situation which demanded immediate medical intervention.

Without delay I rushed the wife to our local International hospital which fortunately was not so far away.

Upon arrival at the hospital we were greeted with :


It dawned on me at that moment that had we not had expat medical insurance cover, or a credit card or indeed a credit card with sufficient credit, the care and treatment provided would have been far different and in all probability non-existent such is the working of private hospitals.

Having provided our William Russell insurance details we were then ushered into the Emergency & Trauma centre.

A multitude of tests and checks were performed. Very soon after the treating doctor declared that my wife had sustained a meningitis brain injury. Her brain had swollen and was continuing to swell. It was unknown at this stage the type of meningitis strain that had infected her - but there was a real possibility that her condition could be fatal.

Very costly drug therapies were initiated (in the hope that the meningitis strain involved was not the fatal type).

Had the insurance cover not been approved by the 24/7 Emergency claims department handled by CEGA or had we been unable to provide the cash or credit card these drugs would not have been administered and it would have been very likely that the brain swell would have continued resulting in a fatality.

As it was, CEGA within minutes gave the 'Green Light" for the medical interventions and no expense was spared in the care and treatment of my wifes' condition both during her week long stay in hospital and during her months long post-hospitalisation period.

We were extremely lucky. The brain swell gradually reduced and the wife regained her mental faculties over time due to the continuing use of drugs and therapy post hospitalization.

It was however a very close call, had the funds (the Willia Russell Guarantee Of Payment (GOP) in 'insurance terms) not been issued the outcome would most definitely have been very different.

The costs incurred in the wifes’ treatment amounted to just under USD 14,000.00. 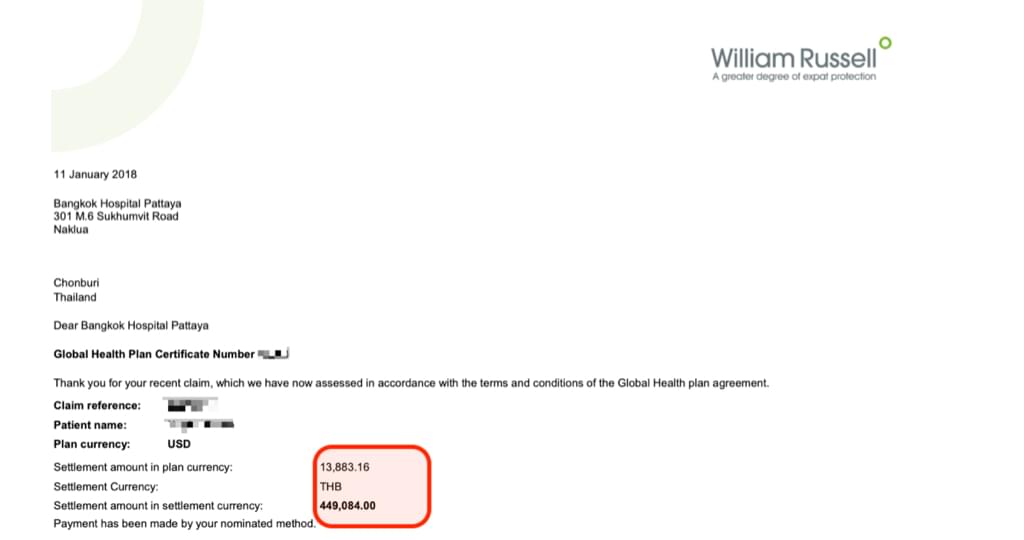 Those who are diagnosed with either Diabetes Type I or Type II will know that this chronic disease is very often referred to as a ’silent killer’.

With a ten year history of diabetes behind me I am reasonably well read on the subject. In the early years of my diagnosis I had my diabetes very well controlled and very much in check.

However with the passage of time, complacency took hold and my diet, exercise, tests and checks began to lose priority.

Increasing sugar levels are not always obvious to a diabetic, andmost definitely not sot in my case.

I mistakenly believed that I had control of the disease - I was however to be proved completely wrong with that assumption at the end of 2020.

I awoke early on Christmas Eve feeling completely exhausted - I had zero energy and some initial minor stomach cramps.

I believed, as is often the case that ’sleeping it off’ would be the solution to how I was feeling and decided to return to bed.

Several hours later I still felt exhausted and still lacked energy, only by now the stomach cramps had intensified.

Sleeping and waking continued until around 7pm that evening when I informed my wife that I knew something bad was occurring in my body - the stomach cramps had become excruciatingly painful whilst still feeling completely fatigued.


With the various checks and blood tests performed by the Emergency & Trauma specialists I was quickly diagnosed with what is known as Diabetic DKA.

Once again and within minutes the William Russell emergency team at CEGA had issued the GOP (Gurantee Of Payment) to the hospital administrators allowing for treatment to commence.

Thie Diabetic DKA condition exists when blood sugar levels climb to such an extent that it effectively turns the body’s blood into an acidic state. (not very pleasant I can assure you!)

The effect of this acidic blood directly impacted my appendix - it was soon recognised that my appendix had turned gangrenous and that an immediate and urgent laparoscopic appendecotomy surgery was needed!!

It was shortly after this operation that the surgeon advised that had the surgery not taken place it was highly likely that the appendix would have ruptured within 24 hours and would have released life theatening toxins into my bloodstream - this condition is more often than not fatal.

Once again, having the expat medical insurance financial resource behind me ensured that I was never medically compromised nor was there any hesitation in providing the medical care and services that I required - the medical insurance cover that I had proved to be a life saver for a second time.

Costs for this condition amounted to a further USD 15,000.00, as in the wifes’ case above these costs were met in full by my insurer William Russell.

None of us know when we will need medical interventions but when they are needed the last things we need are financial worries and medical services hesitation in providing the care we need.

Would You Have Available Liquid Cash Of This Amount?

What Is Medical Evacuation Insurance Cover?