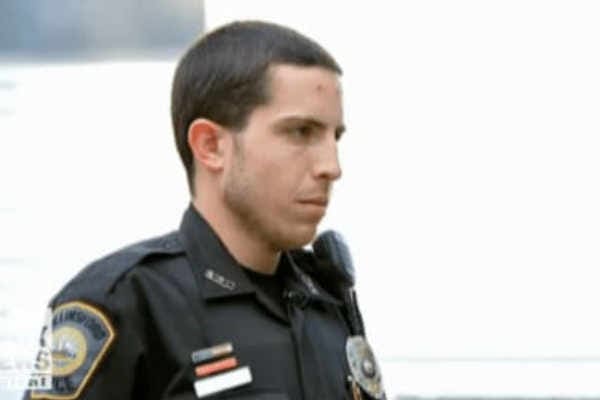 Police Officer did not expect colon cancer at age 26

At just 26-years-old Mr DePasquale said he “didn’t expect” to be handed a stage-four cancer diagnosis at his age, which reportedly came soon after starting a new job.

Rollinsford Officer Shawn DePasquale joined the department in December 2017 shortly before he unexpectedly learned he had colon cancer.

“I mean I'm 26, didn’t expect to come down with this,” DePasquale said. “You hear you have stage four cancer and immediately everything just fades out.”

In order to get the necessary treatments, the young officer has reportedly had to use unpaid time off since he hasn’t been with the department that long.

“Being the new guy on the force, his vacation time, his sick time was quite limited,” Chief Bob Ducharme told Boston 25 News, adding he is “so humbled” by the community support the 26-year-old has received in wake of his diagnosis.

Aside from cancer-fighting treatments, DePasquale told the news outlet “a positive attitude and some strong fighting music” is helping him rally, as the disease moves toward his liver.

“It’s a combination of chemotherapy, I went through five weeks of radiation five days a week and then the chemotherapy the surgery, and now starting the chemotherapy for the liver,” DePasquale said. “A positive attitude and some strong fighting music seems to do the trick for me.”

A GoFundMe page was set up in June 2018 in order to help offset some of DePasquale’s medical bills.

If you do not have existing protection don't let a critical illness cripple your finances too.

Learn how to protect yourself with critical illness insurance and remove financial worries to simply focus on your recovery.