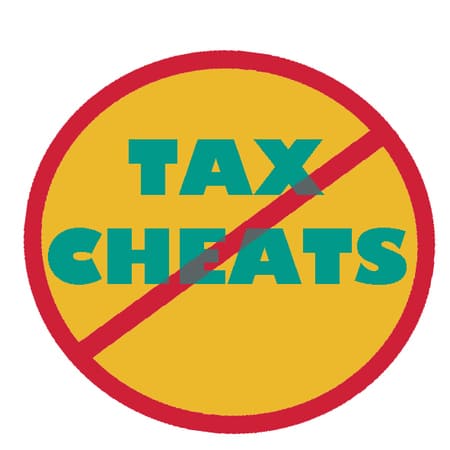 Recent high-profile wins against tax evaders prove that when it comes to cracking down on tax dodgers, HMRC is serious about stepping up not only its surveillance but also about finding innovative ways of catching out tax cheats.

Since 2010, HMRC has run a computer program called “Connect” which sifts through vast quantities of information — more even than the data stored in the British Library — in its hunt for underpaid tax.

This includes details of bank interest, credit card data and Land Registry reports.In one case, Connect identified a string of credit card transactions associated with a private London residence worth millions of pounds, which was owned outright by someone with no tax history and a state pension as their only source of visible income.

A routine internet search found advertisements for an escort agency at the address and after a lengthy HMRC investigation the owner admitted making more than £100,000 a year over the past six years.

HMRC’s next target will be to force apps and platforms such as Apple, Amazon and Airbnb to hand over data — including names and addresses of sellers and advertisers — that would help it identify tax-evading businesses.

Earlier this week, it was revealed that HMRC has almost doubled its requests to governments elsewhere in the world for help in suspected tax evasion cases over a five-year period.

This is part of global crackdown on tax evasion which resulted in the introduction of two key legislation, Common Reporting Standards (CRS) and beneficial ownership register.

From September, under CRS, details of bank balances, interest, dividends and certain types of income earned by expats will start to be sent to their home governments wherever they may be.

The new rules will mean that evaders have very few places left to hide.

Last year, under beneficial ownership rules HMRC was also handed information from the crown dependencies and overseas territories, which it hopes it can use to raise up to £300m of extra revenues, according to official forecasts.

HMRC believes it loses billions of pounds every year as a result of the hidden economy.

To tackle the problem of people either hiding all their income or parts of it, the UK tax office has been encouraging recalcitrant taxpayers to come forward,

it is seeking new sources of information and investigating other ways of encouraging third parties to help its crackdown.In the past, it focused on specific trades and professions, such as plumbers, solicitors and doctors. More recently, it has launched campaigns targeting specific types of income that might be relevant to big swaths of the population, such as buy-to-let rental income and income from second.

One idea will be to create a public register for landlords, not only to improve rental property conditions but also to helps HMRC, which considering making registration for tax a condition of acquiring a licence.

HMRC is currently “naming and shaming” individuals who evade more than £25,000 in tax by publishing every three months the person’s name, address, nature of business, period covered by the evasion, amount of evaded tax and the penalty for that evasion.

HMRC has also long used disclosure facilities which offered reduced penalties and — in some cases — a promise of no prosecutions to people who settled up.

Those days have now gone and HMRC is coming down hard on evaders. It is increasingly wielding a threat of tougher penalties and more prosecutions.In 2015,

HMRC was given a target to triple to 100 the number of prosecutions of wealthy individuals and corporates made each year by 2020.

Anyone who has failed to correct previously undeclared UK tax liabilities in respect of offshore interests by September 2018 will pay a penalty of up to 200% of the tax and 10% of the value of the asset.

Earlier this year, HMRC launched a new hotline to allow the public to report evasion and tax fraud.

The tax office said it received 113,000 reports from the public providing information to the department in its last financial year, with report that some informants were rewarded.

Data leaks have proved invaluable for tax authorities around the world looking for cheats.

One example is football legend Christiano Ronaldo who was recently charged with evading €15m in tax via offshore shell companies.

A far bigger data stash emerged in April 2016, when details — known as the Panama Papers — were leaked from a Panamanian law firm, shedding light on some of the structures used to mask offshore tax evasion and economic crime.In response, the UK government set up a multi-agency task force to investigate and identify any financial wrongdoing by UK taxpayers, with 22 individuals now under investigation for suspected tax evasion.

The tax office hopes that its new digital service will tackle inaccuracy while doing other things such as comparing a company’s financial results with others in the same sector to spot anomalies that need further investigation.

HMRC inspectors are looking to social media for evidence of a lifestyle that is out of kilter with declared income.

Several individuals were caught out after appearing in an early episode of the UK’s Channel 4 television programme My Big Fat Gypsy Wedding spending thousands of pounds of undeclared income on lavish family weddings.

If a bank or professional adviser has any suspicion that a customer might be involved in money laundering or terrorist financing, they are obliged to alert law enforcement agencies.

Every year, hundreds of thousands of “suspicious activity reports” (Sars) are filed – 90% filed by banks or other financial institutions, with the remainder from tax advisers, accountants, lawyers, estate agents and others.

Since November 2013, Sars data has been transferred to HMRC’s Connect database on a monthly basis, making it easier to spot tax discrepancies.

HMRC is currently considering whether to force wealthy individuals to automatically declare their worldwide asset and income to work alongside transparency rules already in the pipeline for offshore accounts.

New reporting rules will increase burden on thousands of trusts as trustees will need to give HMRC details of assets.

Early this year, HMRC served notices on about 50 lawyers and tax planners requiring them to divulge details about offshore trusts and companies and their owners, although some firms are set to appeal.

The measures are most likely to affect the non-domicled — residents whose permanent home is abroad — since, unlike most UK residents, they can benefit from offshore tax planning.